I grew up in a Mennonite household.  My Dad was the pastor of the little tiny church in our community and we didn’t do a lot of things other people did.  We didn’t go to dances, movies, ballgames – and we sure didn’t wear neckties.  All those things were signs of being in the “world.”  In my rebelliousness I used to hide a necktie in the barn and grab it on my way out so I could look “cool” like all my friends.  As I grew up and on my own I wore the wide, the hand painted, the narrow, the flamboyant and the muted ties as styles changed. 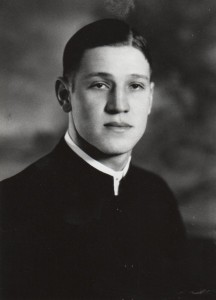 Over time I found I wore a tie less and less.  While not reverting to my legalistic theological roots, I simply can’t find any good reason to wear one.  Two weeks ago Joanne and I were on a cruise with our friends Michael and Gail Hyatt.  I decided I would wear a suit and tie for formal night.  My hands fumbled as my brain tried to remember the awkward process of tying a knot around my neck.  Really – who ever thought that was a good idea?

Why are fewer and fewer guys wearing ties?  Ah – maybe it’s because they serve no useful function.  I did a little research to see why anyone ever wore one.  It seems to have come from early military uniforms where the tie identified the person as a member of a particular unit.  Then it carried over to indicate the wearer’s membership in a club, school, professional association or even athletic team.

I must admit sometimes when we’re in a restaurant and I see someone in a suit and tie I wonder – where did that poor guy get stuck in his career path?  You would be run out of town if you showed up for work at Google, Amazon, eBay, Yahoo, Dave Ramsey’s organization or Apple in a tie.  Hospitals now take seriously the cross-infection of patients by doctors wearing neckties, because neckties are less frequently cleaned than most other clothes.  President Obama is frequently seen without a tie (opening the door to criticism from Donald Trump).

In some parts of the world there is a strong anti-necktie sentiment as in Iran where they have denounced the tie as a decadent symbol of European oppression.  In other cultures neckties are viewed as a symbol of submission and slavery.  Some see the symbolic chain around one’s neck as a clear indication of being a “wage slave,” an obviously negative term used to draw the analogy between owning and renting a person.

So my Dad was simply cool and ahead of his time.  Check it out.  I can probably get you one of those jackets if you want one.

What do you think?