Ryan Steuer: Being Yourself Yields Success 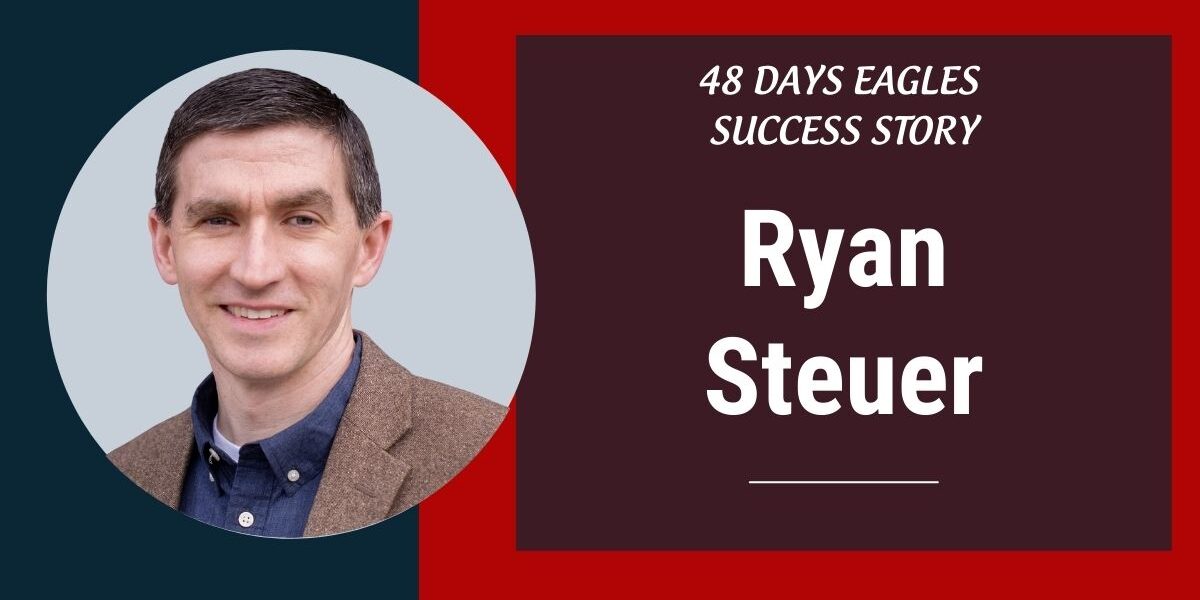 Something that I think makes many of our Eagles stand out in the entrepreneurial world is that they are not just focused on generating income—they are also focused on creating impact and changing lives. Ryan Steuer is someone who is definitely creating impact and changing lives for the better through his business. That is because he is someone who embraces both the importance of being his authentic, best self and the importance of having a good process and commitment to achievement.

In the last decade Ryan has helped thousands of educators through his business, Magnify Learning, where he offers professional development resources that help his clients live out their why. What started as Ryan’s side hustle is now helping transform the education world through helping teachers, administrators, and school-support professionals identify their “sweet spot” where their passions, talents, and purpose align.

Ryan started on his journey like many entrepreneurs do, with the goal of making a little extra income. He first encountered 48 Days through the podcast, and eventually joined our Coaching Mastery program. His first financial goal was just to have his success cover the cost of his investments. But, as he told us, “after achieving that goal in 6 months, I raised the goal to replacing my W2 income.”

That fast-paced success is a byproduct of how Ryan leaned into the process. He told us he loves using the goal-setting method from The Strangest Secret by Earl Nightingale, where you write down your goal and carry that card with you for constant reference. This method helps you keep your eye on the prize, and for Ryan it really works. His current goal is still written on an index card today—”to 10x my income from last year.”

Ryan’s key to success: mindset and surrounding yourself with the right people

But Ryan didn’t build a thriving business from a side hustle on a stack of index cards alone. He told us that another key to his success has been “mindset and who I am able to surround myself with.” He said that, “Having a place where I can say yes to my best self has made all of the difference.” For Ryan, that place has been the 48 Days Eagles community, where he can not only say yes to his best self, but support his fellow Eagles as they do the same.

Saying yes to his best self has allowed Ryan’s business to flourish and help him transition into doing it full-time. His success has also translated into results for himself and so many others. Magnify Learning has impacted over 6,000 educators and 1,000 schools and youth programs in 500 school districts across the United States—just since 2015! And the programming Magnify Learning offers helps address the gaps some educators feel between their profession and their purpose, which helps them be more effective and engaged and avoid the burnout that is so common for education professionals.

The bottom line is that for Ryan and his business, the success doesn’t start or end with his income. Yes, he has built a business that generates some amazing profits, but he’s also built something that can really change careers and lives for the better. And he has also been active in spreading his success to his fellow Eagles through hosting Monday Mentor Calls and holding Office Hours. Through sharing his knowledge and insights, Ryan can helped his community members create impact and income as well.

Ryan told us that the community has helped him because “Having a place where I can practice being my best self and then receive encouragement and not criticism is the secret sauce to the 48 Days community.” Ryan provides other Eagles that support through challenging them to “be bold and practice being the self you only whisper about. Talk boldly about the amount of money you want to make, the dent you want to make in the universe, and skills you have to make it happen.”

That commitment to authenticity has been a major driver of Ryan’s success in his business, and a major asset to all of those he serves. I really love Ryan’s story because he highlights how this entrepreneurial journey is about both living out that authenticity and embracing the process. We can’t get where we want to go only by having the right mindset, or only by having the right process. Accomplishing goals, generating income, and creating success and impact all require both.

I’ll leave you with this piece of advice from Ryan about the journey to building the work and life you love: “Be the self you know you are created to be. You will find that help comes from all sides, and it will come with encouragement too!”