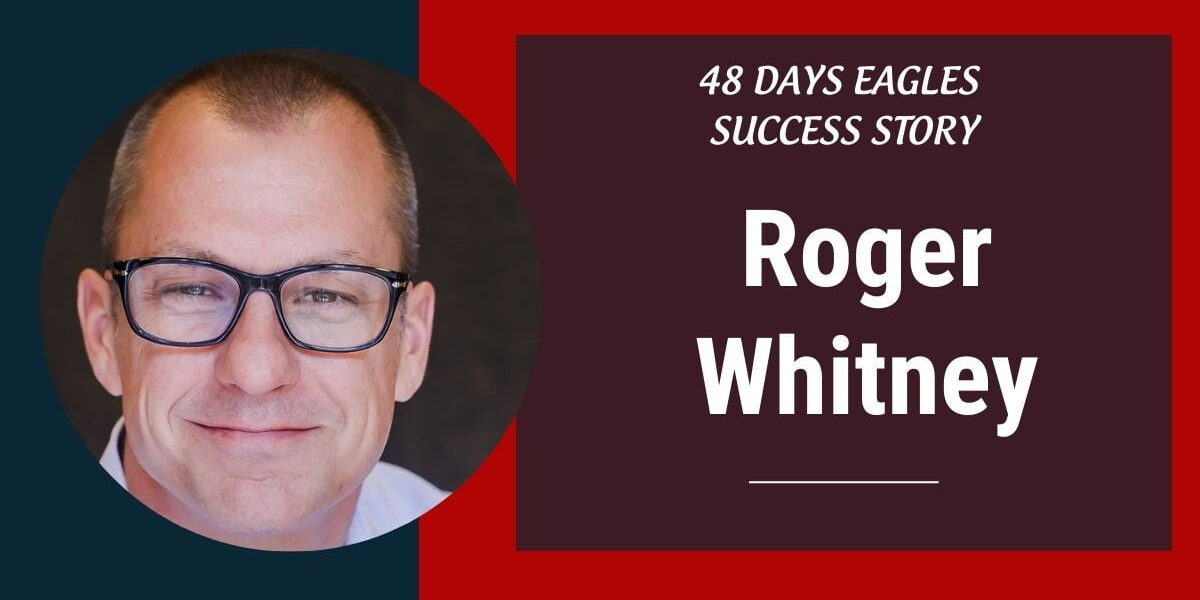 You don’t typically think of a financial advisor as a “fun” guy you want to listen to on a podcast, but Roger Whitney has applied a creative business model that has led to loads of success.

Instead of reinventing himself, Roger Whitney “leaned in” to his passions, which allowed him to turn his skills as a financial planner into a podcast and a thriving business that helps people think about and plan for retirement in a whole new way.

As I’ve said many times, starting a business is really about finding where what you have to offer and want to do overlap with what people need and are willing to pay for. That’s not just about your actual skill set, which is important, but also about your passions and aspirations. Roger found that his passions and aspirations reached beyond the typical career of a financial planner, and the skill set he developed in that industry actually helped him create a platform that helps him reach his potential.

Initially, Roger wanted to start his own business and podcast to “create a new more nimble business that put me in my sweet spot and gave me more time freedom.” And he’s definitely done that! On his podcast, Roger has been able to reach so many more people, and also develop his own voice and point of view on the topics he covers. Even better, he has streams of income he can rely on without having to give up the time freedom that comes with being in business for yourself.

This really shows how we don’t have to limit ourselves because of how applicable we think our existing skill sets might be to the entrepreneurial world. When a lot of people think of entrepreneurs, they think of creative industry professionals and people who work in media. But being an entrepreneur has never been limited to those areas. Coming up in a traditional business like financial planning helped Roger develop skills that people are willing to pay for; and his own creativity and drive fueled his business as he forged into new modalities.

Roger’s financial planning skills became the content area he focuses on, but he expanded the scope of that content area into avenues like podcasting and virtual consulting. This process wasn’t about reinventing the wheel so to speak, but rather thinking innovatively about how to improve it to go further.

The Value Of Applying a Creative Business Model To “Traditional” Industries

As Roger and I discussed when he was on a Monday Mentor, the financial planning industry is not a place where people typically develop online communities, podcasts, and coaching resources. It’s centralized in larger businesses and firms like Roger used to work for. But that doesn’t mean that the sector can’t benefit from entrepreneurs. If you have a skill set that you don’t initially think would translate well into the entrepreneurial world, take this as encouragement to think outside the box. Many times our biggest limitation is our own mindset.

Getting rid of the limits we put on ourselves or that our “traditional” industries put on us can unleash the biggest potential for success and fulfillment. For Roger, even though financial planning is usually limited to firms with local clients, his inventive thinking allowed him to conceptualize his business more as spreading a message rather than selling services. Now, he has clients all over the country! Those are connections that he built through his podcast that he wouldn’t have been able to reach if he was only thinking of how to apply his skill set in terms of how it is traditionally done or how everyone else in his industry does it.

Finding Work That Fits Your Personality

Another thing that Roger and I chatted about on his last Monday Mentor call is how his own personality and humor can come through in his business now, especially on his podcast. And people are drawn to that!

As he told us on that call “I just am who I am and I’m not trying to be anything other than who I am.” That authenticity is valuable, and it’s something that we all have in our own unique ways. Thinking outside the traditional industry box can allow us to find new and better ways to express ourselves and spread our message. And often we can find ways to do it that are more in line with who we are and what our passions are.

That is exactly what Roger has done with his award-winning podcast, The Retirement Answer Man. He discusses many of the complex topics in financial planning that usually turn people off, but he’s able to do so in a way that brings levity, humor, and personal insights to the conversation. Not only is it more fulfilling, and profitable, for Roger than a traditional business in his industry; but it also attracts listeners that have the same spirit and mindset that he does. That has allowed him to cultivate a strong and supportive community around his message, which keeps his business invigorated year after year.

Creativity and Innovative Thinking Are Key

My hope in sharing Roger’s story with you is that you notice how few limits there actually are on the potential of your success. As Roger told us on his Monday Mentor call, when people think of financial planning, they usually think of “the advisor with all these big fancy statistical terms talking down to the client.” But Roger was able to see that it doesn’t have to be that way and that his skill set and message could be approachable and enjoyable to his audience. The limit wasn’t on what he was able to do as a certified financial planner. The limit was how it’s always been done in that industry.

If you have a skill set that you’re not sure will transfer into entrepreneurship, I encourage you to adopt Roger’s spirit of creativity and innovative thinking. His advice to you is to “Find a group of people that you respect that are on a similar path and have little conversations with them to encourage, assist and kick start each other.” He told us that “One crucial element of this success was surrounding myself with people that believed in me and understood where I was going. My co-workers and business partners weren’t able to do this.”

If you’re not finding those people where you are right now, I encourage you to look for more fertile communities that will help you flourish. Your skill set and your authenticity are valuable, the big project is really finding how and where to apply them.

Mandy Lloyd—What it looks like to no longer dread Mondays
April 1, 2022
Categories