Is this a “successful failure?” 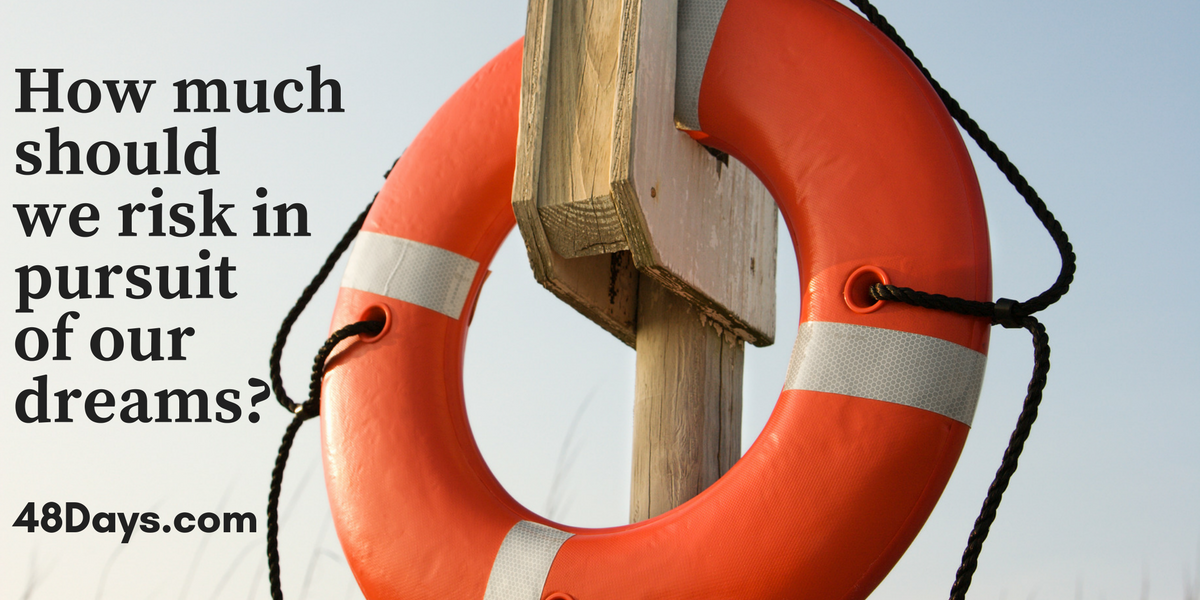 Dan, I would like to hear more of your thoughts on failure.  Since most of us who are trying to live a life with “No More Mondays” are probably going to fail several times, what does a “successful failure” look like?  How much should we risk in pursuit of our dreams?  As you often say, we must not be paralyzed by our fear of failure, but I doubt you would suggest that we risk our marriages, health, homes, etc. while seeking to reach our goals.  What do you think is the right balance in this area?  Thanks, Eric

And I believe there really are “successful failures” in business.  That is not an oxymoron. Napoleon Hill once said: “Failure seems to be nature’s plan for preparing us for great responsibilities.”

So part of the issue is – Do you want to do something great – in any area?  If you are content with mediocrity in your life, then you will try to protect yourself from any failure.   Just recognize the trade-off.

But here’s an important distinction:

It’s not just what you do in a job or your business that will identify you as a success or a failure.

These are ways people set themselves up for “failure” totally aside from whether they pursue a No More Mondays work option.

The counterpart to this is, if you are successful in all the areas mentioned above, then “failure” in a business venture is not crippling.

It is simply one area in which to readjust and start again.  I’ve heard that Richard Branson will not invest in any company unless the person in charge has failed at least twice.  I’m convinced that had I not had a major failure in business a few years ago – leaving me with a $430,000 loss – that I would have continued with an unrealistic view of my golden touch.  I think I needed that experience to open my eyes – not to make me cynical, but to help me create a more solid business structure going forward.

I’m also totally convinced that someone who commits suicide upon losing a job or business had neglected excellence and success in the more important areas of life.  Having rich deposits in relationships, spiritual well-being, health and social connections act as a buffer in carrying you through any temporary business failure.  Whether you have a job, volunteer your time or start the next Apple – none of these alone will determine the success of your life.

So here’s what I recommend for risking in a No More Mondays work option:

So Eric, recognize that many people “risk failure in their marriages, health, homes, etc.” while desperately trying to hang on to a “real job.”  Identifying your passion, creating a careful plan of action, and moving into a No More Mondays work venture may be the very thing to reduce risk and increase your opportunity for true success.  Thanks for asking.