Do this and you can fail your way to success

Be aware that not fitting nicely into school and societal molds may brand you as a “failure.”  You may have been the “C” student or maybe you lost 4 jobs in a row.  However, it’s interesting that often those labeled as such go on to accomplish 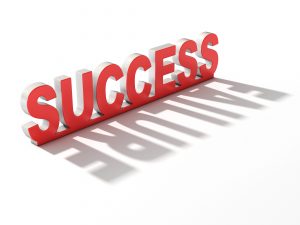 unusual success.  It seems that frequently if a person does not have the normal opportunities available, they end up finding creative methods for extraordinary success.

Look at these “failures:”

— Albert Einstein was four years old before he could speak.

— Beethoven’s music teacher once said of him, “as a composer he is hopeless.”

— When Thomas Edison was a boy his teacher told him he was too stupid to learn anything.

— F.W. Woolworth got a job in a dry goods store when he was 21, but his employer would not let him wait on customers because he “didn’t have enough sense.”

— Michael Jordan was cut from his high school basketball team.

— A newspaper editor fired Walt Disney because he had “no good ideas.”

— Steven Spielberg dropped out of high school in his sophomore year.  He was persuaded to come back and placed in a learning disabled class.  He lasted a month and dropped out of school forever.

Most of these people met someone who saw greatness in them and “expected” it from them.  Can you see the greatness in yourself, or can you recognize it in someone around you this week?

“It is the nature of man to rise to greatness if greatness is expected of him.”  John Steinbeck