If Dolly can you can 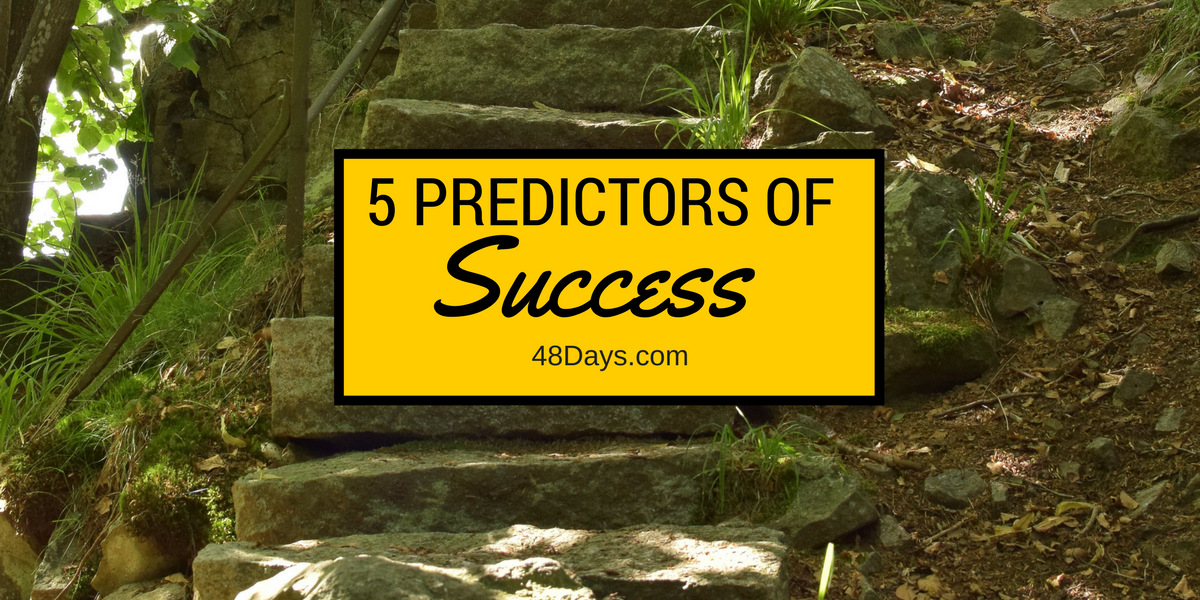 There is an osprey couple about 30 feet from the deck on the beach house we are enjoying in Nokomis Beach, Florida.  The male and female are busy maintaining their nest.  These magnificent birds with their six-foot wing span are amazing to watch as they appear to be free and at ease, even while completing this important task.  As is so often the case, I think we can observe things in nature that should encourage us.

In No More Dreaded Mondays I outlined the 5 Predictors of Success that we see time and time again in very successful people.  Those predictors are:

The ospreys appear to have all 5 Predictors of Success.

And those characteristics seem to insure their future more than circumstances, luck, or good fortune.

I also observe that people with all 5 Predictors of Success seem to have insulation from the challenges that derail others around them.  Are you able to apply all 5 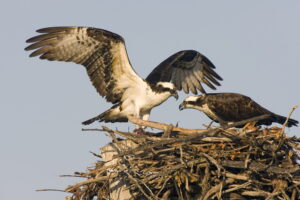 of these characteristics to what you do each day?  If not, you have probably opened the door to predators like discouragement, despair, frustration or anger to creep into your life.

Take a fresh look at how you can tap into what you certainly possess in each of these areas.

You don’t need a higher IQ, more time or more degrees – just a fresh release of what is unique about you.  Become an “osprey” for a day and I suspect you’ll find new strength to fly above the challenges of the recession, the unemployment and the pessimism of the crows and vultures around you.

Here’s a little more on the characteristics of these predictors of success:

The 5 Predictors Of Success

Bill Gates was able to build Microsoft and became the richest man in the world because he was passionate about his vision of putting “a computer on every desk in every home.”  Passion, defined as intense emotional excitement, goes beyond mere enthusiasm.

A person with passion is a person who can set goals.  Without them, you’ll have no clear direction and will drift along the road of circumstances.  Another technology visionary, Steve Jobs, cofounder of Apple Computer, abandoned his studies at Reed College to pursue more lucrative goals.  Once he identified his passion, he was impatient with a slow path to carrying it out.  You, too, can recognize your passions.  When you share your goals with others, however, don’t be surprised to hear things like, “Yes, but that’s not realistic,” or “That’s not practical”.

“You see things and say ‘Why?’  But I dream things that never were and say ‘Why not?’” – George Bernard Shaw

My friend Larry Dobbs dropped out of school at age 15.  His passion was to work on cars.  While tinkering with the cars he loved, he also started a little newsletter for fellow Mustang lovers called Mustang Monthly.  That little newsletter grew into an automotive publishing company with eight car titles.  Several years ago, after being wooed by multiple buyers, he sold that little company that was an extension of his passion.  Dobbs Publishing Group was purchased by  Petersen Publishing company for $18 Million dollars.

In her autobiography titled, Dolly, Dolly Parton says, “My high school was small.  So during a graduation event, each of us got a chance to stand up and announce our plans for the future.  ‘I’m going to junior college,’ one boy would say.  ‘I’m getting married and moving to Maryville,’ a girl would follow.  When my turn came, I said, ‘I’m going to Nashville to become a star.’  The entire place erupted in laughter.  I was stunned.  Somehow, though, that laughter instilled in me an even greater determination to realize my dream.  I might have crumbled under the weight of the hardships that were to come had it not been for the response of the crowd that day.  Sometimes it’s funny the way we find inspiration.”

That little girl went on to write over 3,000 songs.  Today, Dolly, the fourth of 12 children, holds the record for the number of awards for a female artist – including seven Grammy Awards and an Emmy.  The first year her theme park Dollywood opened, in 1986, gross business revenues for the city of Pigeon Forge, TN, jumped 47% over 1985.  Her Imagination Library program has been adopted in 600 communities in 41 states.  With her triple skills as a businesswoman, entertainer, and philanthropist, Dolly is respectfully referred to as the “Tennessee Icon.”

Without determination, a person can easily be lured away from his path.  Many years ago, Viktor Frankl said, “Without a clear purpose, any obstacle will send a person in a new direction.”   Stephen Covey, in 7 Habits of Highly Effective People, talks about the tendency to respond to circumstances rather than priorities.  Just recognize that if you respond to circumstances, any obstacle will send you off in a new direction.  But with determination, you can establish priorities that will guide you through even challenging and unexpected circumstances.

Richard Branson, founder of the Virgin Group, whose endeavors include record publishing, airlines and a host of other businesses, was a high-school dropout and a millionaire by the age of 23.  How?  By not seeing his lack of formal schooling as an obstacle to accomplishing his goals.  His first business venture was at age 16, when he published a magazine called Student.  Today, his net worth is estimated at over $8 billion according to The Sunday Times Rich List.

As a young boy Walt Disney lived in the world of fantasy and entertainment.  When he first approached a Kansas City newspaper with his drawings, the editor told him, “These won’t do.  If I were you, I’d give up this work.  From these sketches, it’s obvious your talent lies elsewhere.”   Walt could have easily given up.  Here was a known “expert” telling him he had no talent for cartooning.  He could have easily make excuses for not pursuing his dream to draw and write.  All he could find for a studio was an old mouse-infested garage, but in that studio Walt continued to draw his cartoons.  We all know how one of those mice became an international household word.  Talent is a funny thing.  If you wait for perfect conditions, it will likely never appear.

Talent allows a person to focus.  No one has talent in every area; discover where you rise to the top.  What are those things you love to do whether or not you get paid?

Sometimes we discover that our first sense of “calling” is guided more by others’ expectations than as a true reflection of our strongest areas of competence.  Ron felt “called” to be a pastor.  And yet it proved to be a continually frustrating experience.  After taking a fresh look at God’s real gifts to him, he began to create faux finishes in expensive homes in the area.  Using brushes, sponges and rags, he created beautiful and dramatic effects on the walls of people’s homes, expressing his talent and helping bring people’s dream homes to life.  Today he has moved on to his own art, with about a 6-9 month backlog of commissioned work and is making approximately 10 times the money he was in his former work.

Years ago, Jenny Craig was faced with losing 45 pounds.  While losing it, she gained the self-discipline she needed to launch her own company.  Estimated annual company sales today – $400 Million.

Without self-discipline, a person can easily be swayed by others.  Self-discipline is the foundation that makes the others work.  Knowing the other predictors is the initial step, but acting on them always requires self-discipline.  However, don’t assume that means hardship and suffering – rather, it will be a joy to be focused and intentional while others around you evidence their floundering lives with wasted time and resources.  Maya Angelou persisted in her writing even when others discouraged her.  In the last few years before her death she was enjoying over $4 Million in yearly income.

“If a man empties his purse into his head, no man can take it away from him.  An investment in knowledge always pays the best interest.”  —  Benjamin Franklin

Even with everything lining up logically or financially, real success requires that step of faith into the unknown.  Remember Thomas Edison’s 10,000 failed attempts to invent the light bulb?  Even passion, determination, talent and self-discipline would not carry him on.  He had to believe that if God had allowed him to see it in his mind, it could become a physical reality.  I might add that Edison had this to say about the kind of faith that kept him going:  “Faith, as well intentioned as it may be, must be built on facts, not fiction – faith in fiction is a damnable false hope.”

Time and time again we have examples of people who, in the face of all odds, continued because of their confident assurance of what was coming.

As a young boy, Norman Vincent Peale fought against strong feelings of inferiority.  Over the years he developed and refined the message that anyone could put the principles of positive thinking and strong faith into practice and dramatically improve upon their own lives.  His book, The Power of Positive Thinking, has sold nearly 20 million copies and has been printed in 40 different languages.

As you can see, the criteria for success today are much more internal than external.  It’s easy to identify areas of opportunity in today’s world; however, those will have little bearing on your success until you know yourself.