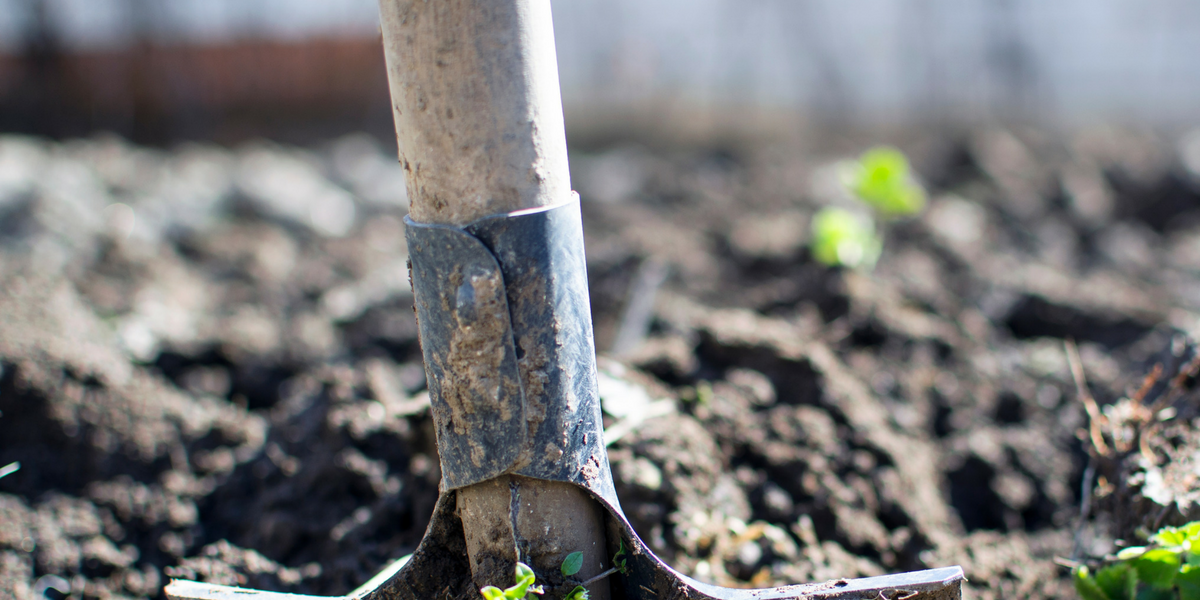 Dan, I recall a 48 Days Radio Show episode during which you spoke of real estate as an example of a large financial shovel.  Would you please share other examples of a large shovel you can think of?  Paul

Sure – I love even thinking about this.  Many people get a paycheck each week – it’s predictable and not going to change quickly.  But if you’re looking for ways to get a big shovel, here are some possibilities:

7 Ideas For a Big Financial Shovel

You’ve seen the TV shows, just buy a place, do a little paint and remodeling, plant some nice shrubs, put it back on the market and make an easy $50,000.  Okay, it’s seldom that easy, but the possibilities are endless if you do some research and become knowledgable in that area. Or you could be the next Chip and Joanna Gaines – you do the paint and improvements and get paid $30,000 per TV show to allow the cameras to record you in action.

A book is like that.  I wrote 48 Days to the Work You Love and I get nice checks every quarter, even after 10 years.  And I’ve added lots of other products in that period of time as well.

My friend Michael Hyatt just launched his 2018 version of Your Best Year Ever -the goal-setting system that more than 30,000 people have used to achieve their biggest goals.  The price was $397 and he sold somewhere in the range of 4000 copies to people eager to make this their Best Year Ever.  You can do the math.

Any common area of interest is a good starting point. It could be Corvette lovers or people who enjoy raising bees.  I started the 48 Days Eagles community at the beginning of 2017.  We’ve now had 713 people join – $30/month.  I want to grow that to 1000 active members this year.

5. Be a distributor for a product – and then build your own team.

There are gals in doTerra or Mary Kay who are doing extremely well.  If you are a natural encourager and believe strongly in the product, you can make this work.

If you have an area of expertise you can probably be a coach for others who want success in that area.  That could include career planning, parenting, health and nutrition, elder care, sales or many other things.  One of our 48 Days Coaches just did a free 3-hour event and had sixteen women sign up for a $4800 process.  That’s $76,800.

You probably already have something you’ve thought of or have made that could open the door to a big financial windfall.  Elan Lee developing a simple card game called Exploding Kittens.  “This is a card game for people who are into kittens and explosions and laser beams and sometimes goats.” He put it on Kickstarter and raised $8,782,571 in 30 days.  26 yr-old John Fiorentino “developed” a heavy blanket (Gravity), based on the research that shows a heavy blanket “helps relax the nervous system by simulating the feeling of being held or hugged.”  Sounds counterintuitive doesn’t it?  I thought we were trying to make blankets less heavy.  He raised $4,729,263 on Kickstarter from people eager to get the latest rage.

The idea doesn’t have to be new, high tech, or sophisticated.  Most of these just require a clear focus and plan of action.  You don’t need to be smarter than everyone else or have access to venture capital.

[spp-tweet tweet=”Look at what you could do this year to help you get a firm grip on your big financial shovel.”]

So what ideas are already percolating in your mind?  Share you idea and then let me know how it develops!

Mandy Lloyd—What it looks like to no longer dread Mondays
April 1, 2022
Go to Top