Would you compromise for more attention?

I listened to the entire new album Songs of Innocence by U2 this morning while on the treadmill.  (It’s exactly 48 minutes – a cool number and great for a workout).  As I was listening I remembered a significant U2 event from a few years back.  On June 6th, 2001, during the NBA finals halftime in Philadelphia, the video 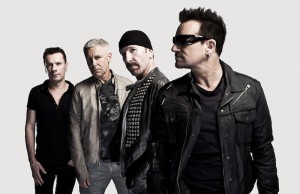 feed went live to a U2 concert in Boston.  The NBA had asked Bono to do a setup at the exact moment they would switch the feed to the concert.

Without even consulting the rest of the U2 members, Bono refused – saying they have always been loyal to their fans and they would not alter the concert.  If the NBA wanted to drop in, that was fine but it would just be wherever they happened to be in the concert.

And here’s what happened.  The cameras switched to the concert just as they were doing the musical introduction to Where the Streets Have no Name.  Bono was on his knees on the stage reciting this from the Bible:

What can I give back to God

for the blessings he’s poured out on me?

I’ll lift high the cup of salvation—a toast to God!

I’ll pray in the name of God;

I’ll complete what I promised God I’d do,

An accident – probably not.  What a powerful message to the world.  I’m working on a new book with the working title – Sealed With a Handshake, in which I’ll be identifying the characteristics that very successful businesses have in common.  And it’s not fancy technology, or whiz-bang social media.  Rather, it’s honesty, integrity and uncompromising values.

Would you compromise your values for a few more Twitter followers, Facebook friends, blog readers or podcast listeners?  What message do people see, hear and feel from your life and business?