Will my mistakes keep my children from succeeding?

While having dinner Friday night our waitress lamented to us that her 23-yr-old daughter was leaving yet another relationship.  She told us how this daughter seemed to be pulled into relationships that looked great at the beginning only to deteriorate and crumble over time.

And then she asked, “Has my own divorce made it impossible for my daughter to ever expect a healthy relationship?” 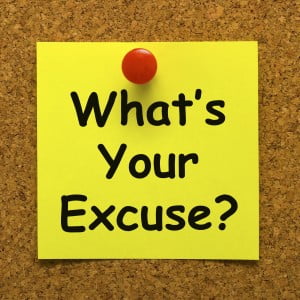 What do you think?  Has your own past limited the options you have now?  Did growing up in a poor family determine in advance that you would be poor as well?  Did getting Ds in school determine that your children would do the same?  Are you destined to repeat the same mistakes of your Mom or Dad?  Will your mistakes prevent your children from finding success?

My response was immediate: “Any of us can choose to use our tragic circumstances as an excuse for repeating the same behavior or as the motivation to dramatically change our future.  Either way, we get to choose.”

I was reminded of a story I heard Tony Robbins tell of the two sons of a man in prison.  One followed his father’s footsteps and ended up in prison.  The other one chose a totally different life and was a respected father and businessman.  Both attributed the path they were on to the example set by their father.  Both responded with essentially the exact sentiment: “How else could my life have turned out, having a father like that?”  Listen to the 4-min clip here where he tells this powerful story.

Our future unfolds as a result of our decisions.

“For many people, an excuse is better than an achievement because an achievement, no matter how great, leaves you having to prove yourself again in the future; but an excuse can last for life.”  Eric Hoffer