What good is having talent if you’re not using it?

A miser, to make sure of his property, sold all that he had and converted it into a great lump of gold, which he hid in a hole in the ground, and went continually to visit and inspect it. This roused the curiosity of one of his workmen, who, suspecting that there was a treasure, when his master’s back was turned, went to the spot, and stole it away. When the miser returned and found the place empty, he wept and tore his hair. But a neighbor who saw him in this extravagant grief, and learned the cause of it, said: 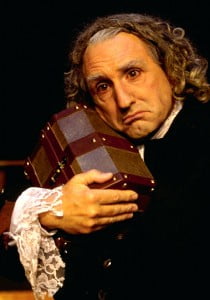 ‘Fret thyself no longer, but take a stone and put it in the same place, and think that it is your lump of gold; for as you never meant to use it, the one will do you as much good as the other.’

Moral of the story: The worth of money is not in its possession, but in its use.
Aesop Fable, Sixth Century B.C.

The same is true of talents and abilities. Just knowing you have the ability means nothing. It is only in finding an application that there is any benefit for you or the world. What gold lump are you using for no more benefit than what any common stone would provide? What talent are you sitting on that was meant to be shared with the world?

Do you have a message, a song, an art piece or a book that you’ve kept buried?

I recently talked with a friend a who started painting at age 57.  Within 6 months she had a one-woman art show and sold 13 pieces.  She also was commissioned to do an additional 8.  Her work is breathtaking.

Her response was – “If that was in there all along, I wonder what else I’ve been missing?”

I didn’t start books to sell until I was 45 years old.  Just never considered it.  Then people started asking for a way to share the content I was teaching in a Sunday School class.  I put together a rough 3-ring binder and sold over $2 Million dollars worth in 3 years.  Then that content was published as a traditional hardback (48 Days to the Work You Love) and quickly went on to become a New York Times bestseller.

Maybe now is your time to explore and release the gold you’ve had buried.