Want to get ahead – get fired first

Stanley Mason died in December of 2006 at the age of 84.  In his last 50 years he invented over 100 inventions and 55 patents include the squeezable ketchup bottle, granola bars, heated pizza boxes, heatproof plastic microwave cookware, dental floss dispensers, the underwire bra and “instant” splints and casts for broken limbs.

Mason created his first invention at the age of 7: a clothespin fishing lure that he sold to his friends.  In 1949, Mason had his first major breakthrough: changing his baby boy’s diapers inspired him to invent, and later patent, the world’s first disposable, pin-free diapers that were contoured to fit a baby’s bottom.

He spent most of his time in worthwhile charitable organizations, but had a simple business and income goal:  He would invent at least one product a year that would make him a million dollars, thus freeing up his time to devote to worthy causes.

In his late 20s, while working for the American Can Company, he was called in see the 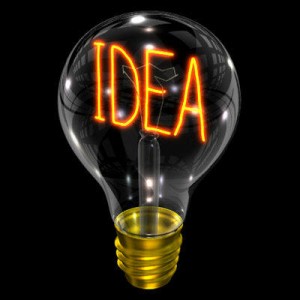 company CEO and assumed he was getting a raise.  “I understand you are working on a disposable diaper,” Mason quoted the chairman as saying. “Don’t you know that no one will ever use a disposable diaper? We got along without you before you came, and we’ll get along after you leave. Good-bye.”

“You should always be fired in America,” he told the Fairfield Business Journal in 1998. “That is how you get ahead.”

Stanley Mason “invented” simply things for practical daily use.  His career stands as proof that an aspiring inventor needs neither abstract theory nor high technology to become a major success.   There is still plenty of opportunity for great ideas.

We have tons of stories in the 48Days.net community about people who got fired – and then exploded on the path to develop their dream.

What’s your experience been with getting fired?  Did it release anger and resentment, or  springboard you to your biggest success?  Do you have an idea that would make you a million dollars this year?