The easiest way to hire a great coach

As a former career coach, author on career clarity and life planning expert under the name Rob Clinton at 180 Career Coaching, Robert de Brus story is a story of redemption. Having gone through many challenging transitions and life upsets, from business crashes, failed relationships, financial hardships, and circumstance after circumstance that he doesn’t wish on anyone he is re-claiming a future for himself that’s not in anyway dictated by his past. It’s all about the re-claiming of a new future.

The story from Rob Clinton to Robert de Brus is the core emphasis behind his transition from a life of being trapped by circumstances, to a life of freedom as a Lifestyle Entrepreneur.  You can read more about him here.  If you’d like to guest post on this blog, check out the guidelines here.

I can remember sitting reluctantly as well as enthusiastically on the fence before I hired my first coach. This was right at the beginning of 2009 and I knew I wanted to get somewhere, but I was a little hesitant to make a decision because the fears sparked by previous failures made me question my true abilities.

If I feared my abilities, then surely anyone who would work with me would see what I was lacking and that would be a little embarrassing, not too mention I was a little short on cash anyway.

After all, priorities are priorities, and it’s better to focus on the fires you have to put out now before pursuing any dreams, right? 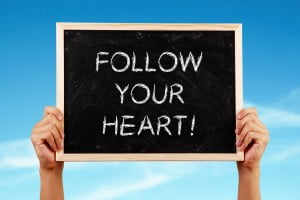 My heart was trying to live out of my dreams

Well, I finally got the nerve up and stepped into my next season in life by hiring Kevin Miller of Free Agent Academy to help me brand myself and develop what was formerly known as 180 Career Coaching. It was an amazing experience getting off the ground, and I enjoyed every bit of helping other people succeed as a coach myself.

Since then I’ve hired numerous coaches for certain areas that I needed help in, and I haven’t stopped hiring them. They and many of my favorite mentors like Dan Miller himself have been absolutely vital to any progress that I’ve made in my own personal and professional development.

Now I was really brand new at this, and I didn’t know how to properly seek out a coach to work with as I kind of went with my gut, but fortunately I lucked out and hired a fantastic coach right off the bat.

Not everyone who skips this part of the homework process is going to be so lucky.

However, when I look back on the things I did, I found that there were obvious reasons of why my gut was in check and made me feel really good from the get-go about working with Kevin.

Jump into the water – Find the people who are succeeding

If you want to do anything worthy, it’s always best to seek out the people who have made it and go learn from them. You’re going to find that many of them become mentors and perhaps new networks build in the process, but you should do everything you can to start surrounding yourself with people who are succeeding and performing where you hope to be soon.

Identify your area of need

While I was getting involved, the first thing I did was identify my area of need. I didn’t know exactly what that would be yet, except that I wanted to be awesome at something and find personal fulfillment doing it. So what I realized was that self discovery had to be a heavy part of creating my brand.

People come from all different areas of the spectrum; from marketing to platform development, to building audiences, but mine had to be self discovery and personal branding. Luckily 48 Days to the Work You Love had done a lot of the preliminary work me and I had some great insight about myself to take with me into my coaching sessions.

One big thing that I wish I would have done better was focusing on a specific plan of attack before moving to the next. I would have several areas of focus going on at once, and as a result this made my runway for succeeding longer than it should have been.

I have a shiny object syndrome mentality, and I would go from one idea to the next trying to implement everything at once. That’s great and all, but I was endangering myself of becoming what some say is a jack of all trades but a master of none.

Pick your focus and be disciplined about going after it with your undivided attention.

Invest in a coach

Finally, write that check and send it off! You’re not just paying for services here, you are investing in yourself. It’s interesting the more money I’ve paid people in the past the more locked-in I was to the process. The same goes with clients I’ve worked with as well.

It’s human nature. This is where you really own it; your hard-earned dollars are in the game and nobody wants to see their money go to waste.

The money you invest should be a seed that you plant to reap you 10 times the amount of value you put in. If that happened; if you invested even a thousand dollars into a coaching process, and was able to generate ten thousand extra dollars that year I’d say everyone wins. That’s what you call ROI, and that’s what happens when you hire the right coach and you take action.

Have you hired any coaches lately? What has been your success with coaches and how do you ensure that you’re moving in the right direction with the right coach?