Write yourself a check – today

The story is told that one night when Jim Carrey was a struggling young comic trying to make his way in Los Angeles, he drove his old beat-up Toyota to the top of a hill.  This was in 1990.  While sitting there broke, looking down over the city and dreaming of his future, he wrote himself a check for $10 million, put in the notation line “for acting services rendered” and dated it for Thanksgiving 1995.  He stuck that check in his wallet – and the rest, as they say, is history. 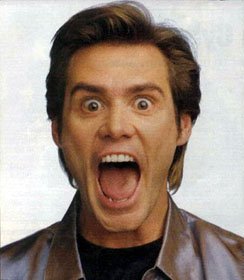 By 1995, Jim had seen the wild success of Ace Ventura, Pet Detective, The Mask and my personal favorite, Dumb & Dumber.  His per film fee at that point had escalated to $20 million.  Was writing that check just a meaningless trick or did it really set the stage in some way for his eventual success?

In 1988 I took a crash financially.  Much of that story of going down and back up is in No More Dreaded Mondays.  When I had the IRS knocking at my door and we were losing our house, I kept a $100 bill in my wallet.  No matter how broke we were, I knew I had that $100 in my pocket.  I am convinced that little tactic helped me stay optimistic when everything seemed hopeless.  As a reminder of that I have freely given that $100 away many times to others who were struggling for hope now that replacing it is significantly easier.  Next time you see me, ask to see that $100 bill – unless I’ve given it away that morning I’ll have it in its place.

What are you doing to direct your mind for your future?  Could you write yourself a check and believe it would happen in real life?

Do you have dreams of writing – not just checks but books that would inspire others as part of your dream?  I have a 48-step checklist to help you release your message to the world.  Just ask for your immediate checklist – Free Checklist for Writers