Hey I thought I got a pay raise

There were tearful hallelujahs and shouts of victory in Seattle recently when the city voted to raise the minimum wage there to $15 an hour.  Fast food workers are dreaming of getting nicer 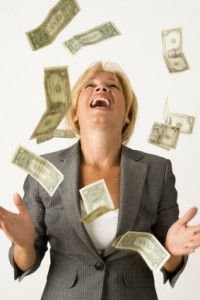 apartments, buying newer cars and going back to school.  The law will benefit over 100,000 Seattle workers.

If a restaurant is making a 3-4% net profit now – with labor being their highest cost, what will happen with this new law?  Will they just graciously increase the pay and continue to operate losing money every day?  Of course not.  Most restaurant owners are working hard just to survive.  Brendan McGill, chef/owner of Hitchcock Deli says he will either have to buy worse food or raise his prices. And he adds, “I barely get paid $15 an hour.” Local, independent restaurants and retailers will be the ones who are really going to struggle – and many will simply choose to close their doors.  Those 100,000 jobs will shrink dramatically.  Forbes magazine is predicting “reasonably large unemployment effects.”

And think about the workers themselves.  If this law sticks they will be paying more for fast food, groceries, clothing – the very basics they must have – AND they will be losing the little perks they’ve come to expect.  In a neighboring city where the minimum is already $15/hr workers have experienced losing 401k contributions, health insurance, paid holidays, vacation days, free parking, and free meals.

Many customers of restaurants have decided to no longer leave tips, rationalizing that the waiters are already making $15/hour, more than many college graduates.  How will that affect the bottom line for waitresses who may be making $25/hr now with base and tips?

If we bring this full circle it’s like paying you to build my house, but you have to buy your bricks from me.  What do you think will happen if you demand to be paid more?

I’m very much in favor of people earning more money.  But I don’t think we can legislate those increases.  I think people “earn” more as their contributions to the overall profit of the company increases – or they strike out on their own where there is no ceiling on what they can earn.  To force a company to pay more is an artificial and ultimately self-defeating measure for everyone.