This morning I read Michael Hyatt’s blog on Why People Who Sleep Longer Achieve More and then Andy Traub sent me a link to Saturday’s New York Times piece on Why You Hate Work.  Both pieces talk about us being too tired to do our best work. 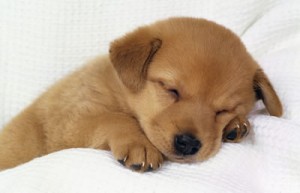 do anything well.  Michael says: “Cheating our sleep is like maxing our credit cards. There’s a benefit now—at least, it feels like it—but the bill always comes due in the form of decreased health and mental ability. No one would choose to be sick and stupid, but depriving our bodies of sleep is the same thing. Robbing our sleep is robbing our productivity.”

And here’s the essential take-away from the New York Times article:  “Employees who take a break every 90 minutes report a 30 percent higher level of focus than those who take no breaks or just one during the day. They also report a nearly 50 percent greater capacity to think creatively and a 46 percent higher level of health and well-being. The more hours people work beyond 40 — and the more continuously they work — the worse they feel, and the less engaged they become. By contrast, feeling encouraged by one’s supervisor to take breaks increases by nearly 100 percent people’s likelihood to stay with any given company, and also doubles their sense of health and well-being.”

It’s a rare day that I miss taking a 30-min nap – sometimes two.  Just yesterday I was telling my son that sometimes when working on a project I feel like my brain is full of molasses.  I may be struggling to get just the right wording or metaphor to convey my thought.  At that point I go grab a nap – completely laid out for a deep but brief sleep.  When I awake I almost without exception can pick right up and have the clarity I was looking for.

So what do you do to take breaks and keep yourself sharp, creative and productive?