You could have lunch with Warren Buffet

The annual eBay auction for lunch with billionaire investor Warren Buffet ended a few days ago with the top bid coming in from a man from Singapore named Andy Chua, at more than double last year’s bid of just over $1 million – the winning bid being $2,200,000.   The proceeds go to GLIDE, one of Buffet’s favorite charities. 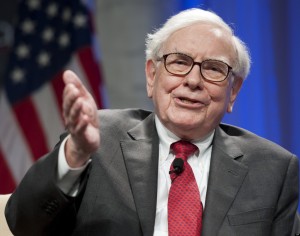 The winner can invite up to seven friends to have lunch with Buffet at the New York City steakhouse Smith & Wollensky (the restaurant kicks in another $10,000 to GLIDE).

Buffet says, “I made my first investment at age eleven. I was wasting my life up until then.”  By the age of 13, he was running his own businesses as a paperboy and selling his own horse racing tip sheet.  That same year, he filed his first tax return, claiming his bicycle as a $35 tax deduction.

I’ve never had lunch with Mr. Buffet but I’ve made it a life-long practice to invite highly successful individuals to lunch.  The wisdom I’ve gained from those individuals has been invaluable.  I’m curious.  If you got your chance to have lunch with Warren Buffet, what two questions would you ask?

Who else would you like to have lunch with?  We’ll assume you’d be willing to pick up the check.  How much more would you be willing to cough up just to have that devoted time to access someone’s unique wisdom?