If you’re doing what everyone else is doing, you won’t garner significant traffic or income.  If you did something spectacular three years ago, chances are it’s old news now.

Look at how often Apple introduces a new phone, a new iPad or new software updates.  It’s a constant process of introducing the new something.  And look at the companies who tried to keep doing the things that worked 20 years ago – Sears, J.C. Penny, K-Mart, Blockbuster, Borders, Harry & David’s, and even The National Inquirer.  You just can’t continue to do the same things in business – or in your job – that made you successful even 5 years ago.

I am constantly hearing from people in the 48Days.net community who understand this principle.  They are writing books to generate an extra $30,000 (Aaron Kerr), transitioning from farrier to software developer (Joshua Kemp), moving from bread truck driver in Minnesota to author/speaker living in Maui, Hawaii (Kimanzi Constable), and jumping into coaching to generate $16,300 in the first 60 days (Jevonnah Ellison).

Adidas just released an app that allows you to upload whatever picture you want to be printed on your own mi zx flux sneakers.  That’s a move that sets them apart from competitors and from what they were doing last year.  Check it out. 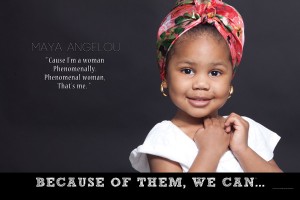 Last year photographer Eunique Jones Gibson took a series of pictures featuring  kids dressed up as what the younger version of inspirational African American figures may have looked like.  She posted them on Facebook and Instagram and in less than two weeks the images went viral.  Her site is BecauseOfThemWeCan and today it’s her full-time business.

As we approach the end of 2014, what idea do you have that could transform your life and level of success?