Breaking the Rules for Forward Momentum

This is a guest post by Dr. David Powers who is a Cultural Architect, combining the worlds of futurist, informationist, and counselor into one. Considered a human puzzlemaster, he has a penchant for assembling random bits and bytes into workable solutions. He’s a best-selling author in the areas of cognitive psychology, experimental education theory, and martial arts. He’s a decorated veteran of the Marine Corps, Army, and a founding member of the U.S. Department of Homeland Security. As a professional model and actor he has appeared in film, fashion shows, and even comic books. Married and the proud father of three feral boys and one princess that he and his wife homeschool, his mission in life is to find the magical best mug of coffee in the world. Be sure to check him out at drdavidpowers.com.  If you’d like to guest post on this blog, check out the guidelines here.

I like breaking the rules. I always have. My biggest difficulty was that I kept trying to break the rules in established areas. This made life problematic in so many ways, but it also created many more opportunities for me. If businesses and institutions just wouldn’t make so many rules, I wouldn’t have to break them. It’s their fault, really. 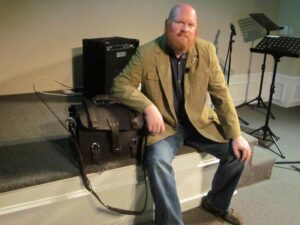 I remember once in a military land navigation course, the instructors released us on a timed exercise. Everyone walked away really slow staring at their compasses like zombies. I took off running. They screamed at me to slow down, but once I disappeared into the woods, they couldn’t stop me. You see, we’d been on this course for a week practicing. Over the week, I simply memorized the markers and their headings. When time came for the final test I just sprinted from point to point. Yeah, I finished first, by hours, but they weren’t happy. I didn’t do it the right way, the way everyone else did it for years, the way they were taught to do it. I just didn’t see the point in traipsing around in the woods for 4 hours when I could finish the course in just 1.

It’s been that way for me all throughout life. Some people call it “hacking the system” or “rapid skill acquisition”. I just call it “quit wasting my time”. People will do that to you no matter what area of life you venture into. It doesn’t matter if you try something in church, business, or your personal life. If you try to do something different, no matter how successful it is, you will encounter resistance. If you think I’m wrong, go visit my dad’s church and try taking up an offering before three hymns are done. You just don’t do it. It’s akin to nailing 95 Theses to the front door.

I’ve always had a bucket list item to land a speaking part in a full-length movie. Now, the way to do that is to submit for role after role, take multiple non-speaking background roles, get to know the right person, and attend workshops and classes. Most businesses have a way of doing things like this. It’s called paying your dues. Forget that. I just started auditioning with zero experience for speaking roles. Guess what, I’m currently filming in my first movie. Now, because of the way I look, I assumed my first part would be something along the lines of “Outlaw Biker #3”. Not quite. I landed the lead antagonist role in an apocalyptic zombie film. I’m now applying for major roles in big budget films.

I broke the rules.

The typical dress code for speakers, consultants, and coaches is business or business casual. Short hair, clean shaven, suits or dress pants, and nice shoes are the order of the day. Not for me. I have a fierce red beard that is big enough for squirrels to live in. I was rocking my face fur way before the Duck Dynasty crew made it popular. I’m also bald and really large. I look like a Viking on stage. My most popular client base is medical conferences. I stand and speak beside physicians and surgeons. All of us are “Dr. something-or-other”. Nobody remembers anyone’s name, but everyone always remembers the guy with the big beard.

I break those rules all the time and, for me, it’s just good marketing.

Not only is it good advertising, but my beard has landed me some pretty big gigs on the alternative modeling circuit. I’ve since done runway fashion shows, become a professional beard model, signed contracts as a brand ambassador for multiple product lines, and even been a character in three different comic books. This isn’t even my main occupation either. First and foremost, I’m a coach. Even though the modeling and acting pays well, it’s really just for fun.

Breaking the rules works for me, and it can work for you too.

I do the same thing in my personal life. I’ve completed two 26.2 mile marathons without ever jogging more than 5 miles prior to them. I finished my first triathlon this year. I’ve climbed 2 of the Seven Summits. All this in spite of a heart condition.

Look at what you want to do in life and search for rules that can be broken. I’m not saying everything is fair game. Even though you’re breaking rules, you still have to be strategic about it. You also have to be willing to lose people too. Some people won’t hire me simply because of my beard, but that’s okay. Before you start breaking rules you better know who you are, your goals, and be very comfortable and confident in that. If you’re not, you might be better off just fitting in.