When it’s too hard for everyone else, it’s…. 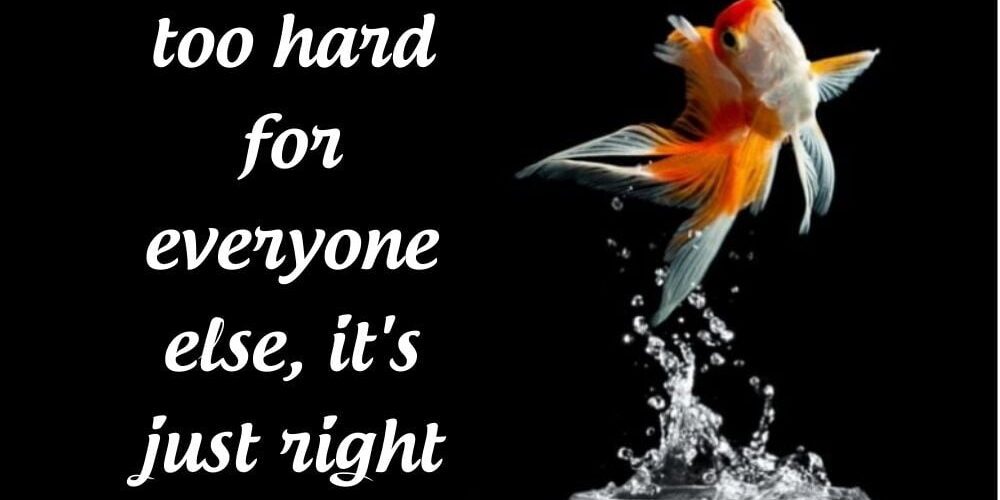 Joanne and I are at the Launch Conference in Orlando, Florida this week.  One of the main content presenters is Danny de Armas.  Danny is the Senior Associate Pastor at First Baptist of Orlando where he oversees the business functions of that very large church.  He is also an avid runner and marathoner – now qualified to run the Boston Marathon in just one week from Monday.  While talking to our group of speakers about how to stand out he shared ideas about his principle of leaving the crowd.

And then he said:  “When it’s too hard for everyone else, it’s just right for me.”

Now just think about that for a moment.  What happens when people set goals and then January 15th rolls around and 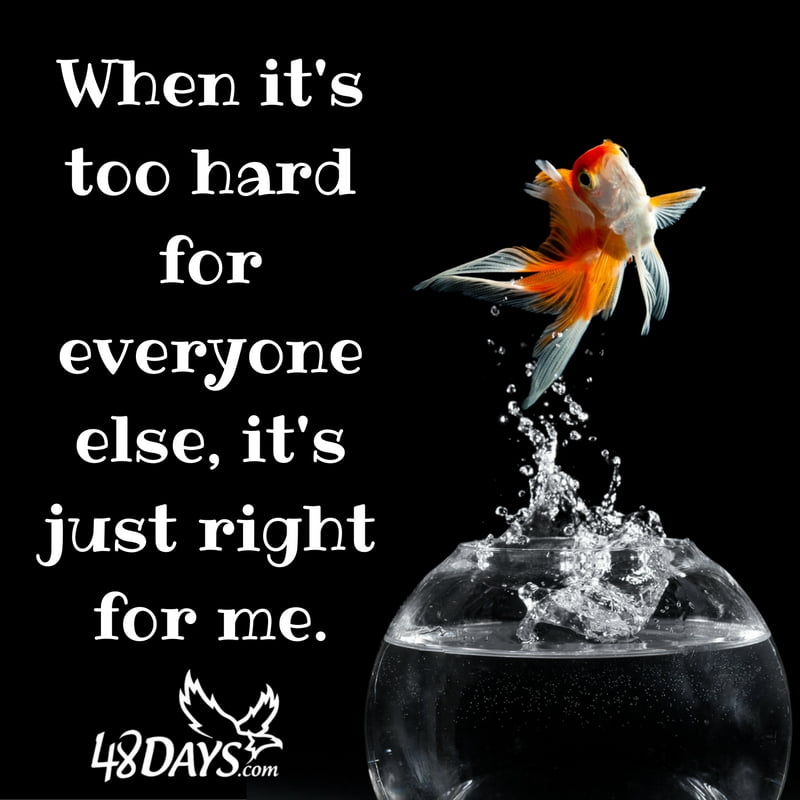 it’s too hard to get up early?  What about your friend who set a goal to lose 20 lbs but then it was just “too hard” to break the habit of daily hamburger and fries?  Have you ever known someone who was attracted to the big income possible with selling but then it was just too hard to deal with the rejection of 4 out of 5 presentations?  Or that neighbor who wanted to start his own business but then found it too hard to have the self-discipline needed for success?

What could you do if you really had as your motto – like Danny – “When it’s too hard for everyone else, it’s just right for me.”

Think about your goals for 2014 – the areas where you want higher levels of success.  Imagine what you want to accomplish:

I know I want to leave the crowd in 2014 as I’m sure you do.  I’ve set out what I want to accomplish in each of these areas.  And having this mantra running in my head I’m already seeing opportunities to surge ahead because “When it’s too hard for everyone else, it’s just right for me.”

What have you already done to prove your ability to leave the crowd?  What are you planning to do in 2014?