Trapped: My new job doesn’t include my passion, my talents, or much money. 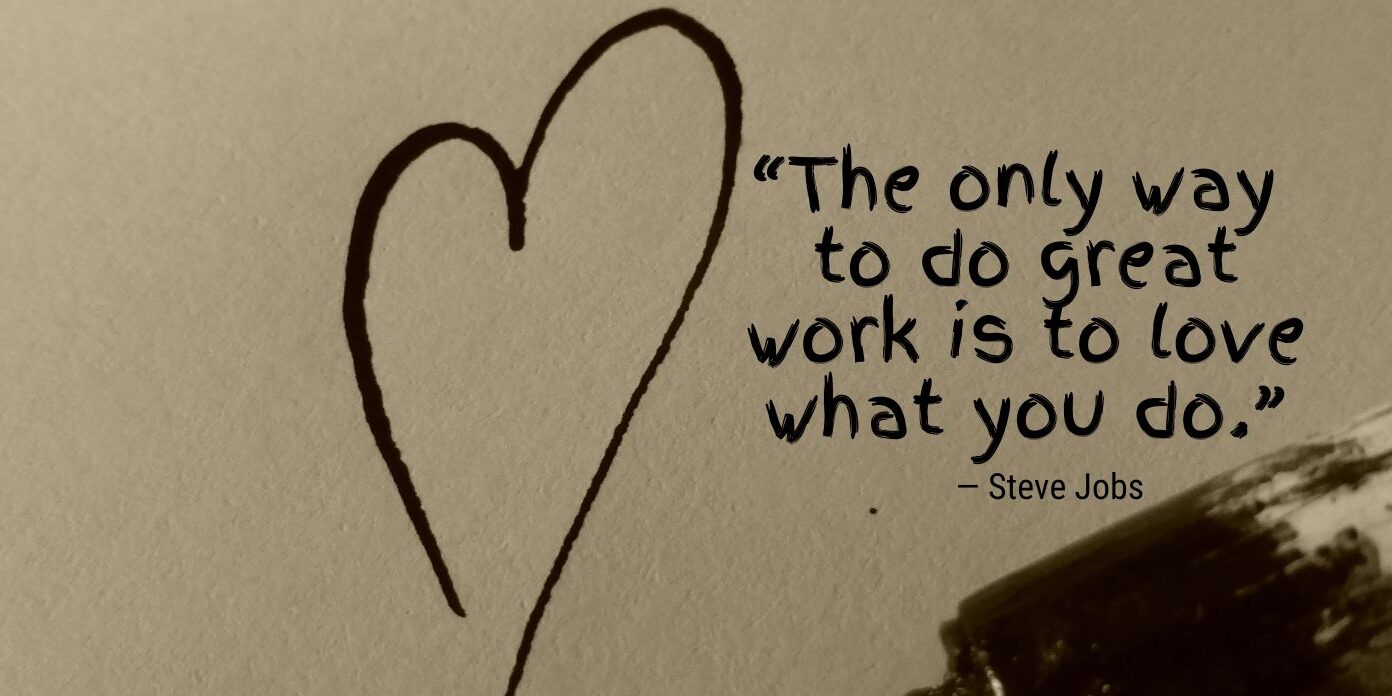 What do you do when you need to generate income but the available jobs don’t include any of the three critical components of meaningful, purposeful and profitable work?

Hi this is Dan Miller – and yes you’re listening to the 48 Days Radio show – where each week we take 48 minutes to dive into real life questions about finding your passion, deciding what kind of life you want to live – and then finding or creating work that allows you to show up every day, excited to be able to do something that is meaningful, fulfilling – and profitable.  This is where normal, indecision and ambiguity come to die.  Welcome to the 48 Days Radio Show.

What are some careers, both traditional and entrepreneurial that a high “I”  person on the DISC profile would excel at?

When you talk about being salesy, I want to right up front here, just be very clear, any personality style can be a great salesperson.

I also believe selling is the greatest income opportunity in the world.

Selling is simply sharing enthusiasm. Whether it’s a new restaurant you’ve tried or a new movie you’ve seen recently, when you share it with your friends, family, and co-workers, you are selling.

This does mean that you are sharing something that you enjoy and really believe in. Don’t try to be an effective salesperson, no matter your personality style, for a product or service that you don’t believe in and wouldn’t want yourself.

A High I is the perfect personality style to move into relationship-oriented selling. There are certainly other career opportunities for somebody who’s a high I, including public relations, creative director, realtor, travel agent, artist, musician, and graphic designer.

High D Personality Styles who are outgoing, assertive, and opinionated are going to do well in selling cars or furniture or jewelry — where you’re likely to have just one opportunity with a person, not over a long period of time

High I Personality Styles who are more relationship-oriented are going to do well with long-term clients that you call on regularly, play golf with, take out to dinner, and know their kids’ birthdays. Your customers trust you because you build that trust over a period of time.

High S Personality Styles, those people who are a little more behind the scenes, but they’re loyal and dependable, and they like things that are set up well and have good systems in place do well who have very targeted prospects for higher ticket items, like an MRI Machine. It’s no surprise when you call on them. When you sit down with them, you know what their goals are and what their budget is. You may do a detailed proposal for them and then get that back to them because it may take six months to make a decision. But it’s a million-dollar decision.

High C Personality Styles who are really good with detail are often really good at selling behind the scenes. Let’s imagine you did a Google search for birdhouses, and you start seeing birdhouse ads everywhere – on Instagram, Pinterest, TikTok, and Facebook. High C Personality Styles know how to do the detailed analysis and how to get those ads in front of you. They work through a detailed process to get you to make a purchase. And they can make $200,000 and never see or talk to a customer. It’s still selling, but it’s done through systems, rather than face-to-face engagement.

I encourage you not to talk yourself out of being a salesperson. Just simply choose an opportunity that fits your personality as a high I.

How can we motivate and keep our older employees?

The common thinking is that if a business owner is having a hard time getting employees, or keeping employees, we just need to pay more. But that’s not the case. It’s not just about pay.

Gallup recently reported that if people have an engaged manager, it would require at least a 20% increase in pay for people to leave their job. But if employees have a disengaged manager, they’ll leave for almost nothing.

So if you can embrace some of those things in the workplace, then you have a chance at keeping good people.

If you’re talking about people who are a little older, look for ways to have a support group for them in your workplace.

Be sure to tell your workers you want them to stay. Sometimes older workers if they are really valued.

You might experiment with a phased retirement, where you do reduce hours slowly over a long period of time. So it delays having them there 40 hours one week, and then zero, what if they did go to 30 hours, and maybe 20 or 15 and phase it that way?

Don’t discontinue training and education regardless of how long you think someone will be with the company. That will keep them fully engaged.

I’m 56 and just lost my job. I’d like to never work for someone else, ever again. I don’t want to be trapped in a J-O-B

Michael says, “I lost my job just a few days ago. I’m great at getting jobs and can be working next week. But I want to instead give myself this extra time to focus on my business. I’m going to get some dollars for selling a condo. have an idea I know will work. But I need help getting it to market. Can you recommend a coach to get me from notebooks of detailed plans to my own business, if I’ve got the dollars?

“I’ve worked full time for 40 years. I’m 56 now, and I want to make a living doing what I love with the freedom of time to spend with family. Bottom line: I’d like to never work for someone else ever again.”

I love your sense of freedom outside of what you’ve been doing — to not be trapped in a J-O-B.

I was listening to a podcast just this morning, and they were interviewing Vincent Pugliese, who has a great book out, Wealth of Connections. He was talking skipping school to go to a Mets game and realizing that there’s a whole world going on out there while I’m stuck in school. That kind of reminds me of what you’re describing, Michael, you suspect that there’s a whole world out there outside of what you’ve been experiencing with traditional jobs for the last 40 years.

Now you’re 56 and want to make a living doing what you love with the freedom of time? Well, you can certainly do that. And yes, I’ve got just the coach in mind for you. Go to 48days.com/coaching and you’ll see different ways there that you can engage. You can leave us some information, and we’ll find a coach that fits what it is you want to do.

That’s the luxury of having a lot of coaches that we’ve certified. We can match your needs with exactly the right coach. For instance, we have somebody who really specializes in helping people find new jobs. So if that’s what somebody wants— they want to bring their resume up to date and know how to apply and how to interview in today’s marketplace —  we have somebody who’s really really good at doing that. Now, that’s not me. I don’t enjoy doing that at all. But we have somebody who does.

Same for you, Michael. If you have detailed plans for your own business, we have a coach that can help you through that process of making them a reality.

I’m 56 – just started a new job. The work is not my passion, doesn’t utilize my talents, it certainly doesn’t make much money, and there is also no future advancement.

Bob says, “Tomorrow I start a new job that really doesn’t fit any of the three legs of my stool. The work is not my passion, doesn’t utilize my talents and certainly doesn’t make much money.

“As a result of the new work, the entire situation that has led to it, and listening to Earl Nightingale’sThe Strangest Secret Every Day in August and occasionally now in September, I’ve been thinking deeply about my situation, who I am, and where I’m going at 56 years old.

“I never thought I’d find myself here, but here I am. I’m struggling with wondering if it’s too late.”

There are a lot of people that are in exactly the same situation, feeling trapped — trapped in a job that is not their passion, doesn’t utilize their talents and doesn’t make much money or have any future advancement.

A lot of people who have a JD behind their name or DDS, attorneys, dentists, physicians, pastors, and engineers, feel trapped by virtue of their academic background. They feel trapped in what they’re doing.

Well, you’re not. There are so many ways to move out of that, even at the age of 56.

I tell people, Okay, what you did got you here, that’s fine. We’re going to draw a line in the sand, and take a fresh look at how God has uniquely gifted you, and what your passions, skills, talents, and dreams are. If we can get clear on those, then we can look at finding or creating work that embraces all those and you can go into the most productive, profitable, meaningful, joyful 20 years of your life.

I do think you should keep the job you have now — that mindless, boring job until you get a new plan put into place. You don’t want to have to start something really creative when you’re at a point of desperation.

But you don’t have to feel trapped. Take that idea of photography, of introducing people to nature, and writing. Each of those that have the potential to provide everything that you need, and more. Just make a plan to get there.

“The only way to do great work is to love what you do.” Steve JobsClick To Tweet

How You Can Help The Show

If you find this podcast helpful, please Subscribe and Review it on iTunes. It’s a great way to support the show and only takes a few seconds.

Have a Question for Dan?

Submit your questions at www.48days.com/askdan

I’m not entrepreneur material but I want…
February 3, 2023