But Scott Walker doesn’t even have an “education”

Wisconsin Governor Scott Walker is a Republican contender for president.  Last week Former Democratic National Committee chairman Howard Dean called Walker “unknowledgeable” because he didn’t graduate from college.  He added, “I worry about people being president of the United States not knowing much about the world and not knowing much about science.”

Here’s an excerpt from the new edition of 48 Days to the Work You Love based on two real guys I talked to:

Nick grew up in Columbus, Ohio in a family where Dad was an attorney and Mom was a teacher. He’s never had a job because his parents wanted him to focus on his school work. They hired a coach to help him prepare for his SAT and to the delight of everyone he was accepted at a prestigious Ivy League university where he got a 3.8 GPA and a B.A. in English. He’s now looking for a job.

Chuck also grew up on the outskirts of Columbus, Ohio. His mom was single so he hustled ways to make money since he was six years old, delivering fliers in the neighborhood, then washing and waxing neighbors cars, making and selling his own brand of slushie, and then being the top pizza delivery guy as soon as he was old enough to drive. He struggled in school but at 17 his talent as a bicycle racer garnered him a spot on the BMC Racing team where he trained and traveled internationally.

Both Nick and Chuck are now 22 years old and looking for jobs. If you had a growing company, who would you want on your team?

Does Nick have an “education” while Chuck does not?

Our ideas about education are being rocked. Major companies are moving away from a focus on SATs, GPAs, brand name schools, 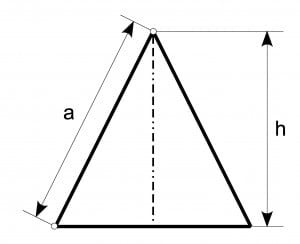 and credentials. Instead, they are looking at how does this person think, solve problems, lead, and handle failure. Reflect back on how “learning” took place even 20 years ago. You spent time with the same people week after week. Depending on where you lived that may include the gas station attendant, the local grocery store owner, your parents, a teacher or two and the neighborhood kids who were your friends. “Learning” took place in school with the one teacher responsible for your class. If you were a privileged family you may have been lucky enough to have an Encyclopedia Britannica set in your house – opening you up to a vast amount of information. The choices after high school were clear. If you wanted an “education” you went to the place where they controlled additional information – college. Colleges had big libraries with the books and research studies not available to the small town students. Few people had the opportunity to go to college as it was expensive and required another four years outside the workforce. It was clear that college graduates had more access to knowledge and information and ultimately got better jobs and incomes. Thus the apparent causation was obvious: if you want a better job and more income, you must go to college and get a degree.

WHAT DOES IT MEAN TO BE “EDUCATED” TODAY?

But what does that look like today? Colleges became big business with dormitories, libraries, and sports stadiums to fund and support. More students were necessary to carry the ongoing costs of the institutions themselves. Standards of excellence were lowered to attract and keep more students. Thus the unique value of a college degree became diminished. But during that time our access to that privileged information has changed dramatically. Any of us now carry some form of a device in our pocket that provides us instant access to that entire compilation of human knowledge and allows us to communicate with the intellectually and economically elite anywhere in the world. If you are a poor child from Alabama, a daughter of upper income New York City parents or one of eleven children in a family living as squatters in Nairobi, Kenya, you have access to that abundance of stored and daily developing information.

No longer is it a unique privilege to have access to that information and no longer is it necessary to study and learn and memorize what is so instantly available. Want to know the capital of Ukraine? Simply speak the question into your phone and get the answer instantly. Need to know the square root of 3456? It doesn’t take some complicated paper process – anyone can access the answer of 58.79 immediately. This is not some gradual improvement or opportunity. This is an amazing, disruptive, transforming leap forward – with immense implications for “education.”

If employers know that anyone has access to the brightest minds in the world and the smartest person is not the one who has memorized the most information, then what are they looking for in potential team members today? Have you ever seen the term “equivalent experience” in a job posting? That’s a nice term for saying it’s really not important how you became qualified in what we’re looking for, we just want to know you can bring value to our organization. We don’t really care about those letters after your name if you can prove you can do the job well. The key issue is “competence,” not degrees.

Oh, incidentally a couple past presidents failed to get a college degree as well.  There are too many to name here but the list includes Andrew Jackson, Abraham Lincoln and Harry S Truman. And of course we would have to consider these college dropouts “unknowledgeable” as well:  Bill Gates, Mark Zuckerberg, Frank Lloyd Wright and Buckminster Fuller.  According to INC magazine, a third of today’s billionaires never got a college degree.  In addition, three times as many billionaires have degrees in the Arts than billionaires who have degrees in Math, Finance or Science.

Okay, I know this got long but here’s an additional resource.  “How to run a Mastermind Group”  I don’t remember how to find the length of the short side of an isosceles triangle, but Mastermind groups have been my constant source of new inspiration, support and motivation for me for many years.  And I’ve never asked them if they had a college degree before allowing them in my groups.  The newest member of the 48 Days Mastermind sold his last business for more than $100 million.  I forgot to ask him if he was “educated.”