In Friday’s news the Bureau of Labor Statistics says U.S. employers added just 142,000 jobs in August, snapping a six-month streak of hiring above 200,000 and posting the smallest gain in eight months.

The unemployment rate fell to 6.1 percent from 6.2 percent, the Labor Department said Friday. “But the rate dropped because more people without jobs 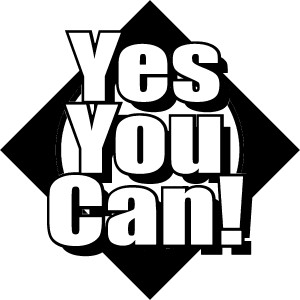 stopped looking for one and were no longer counted as unemployed.”  (That’s from CBS News – and always appalls me because a lot of those people who ‘stopped looking for a job’ got excited and started their own ventures.  But to the government it looks like they are discouraged and sitting on the sidewalk with a can of pencils.)

So don’t recent college graduates still just pop out of school and right into their first $85K job?  Unfortunately, that doesn’t appear to be the case.  This year’s graduating MBAs are finding a very uncertain job market in an economy that’s forced companies to delay hiring plans and maybe not even show up at the campus career fairs.  Part of this is a somewhat stagnant business environment and part is that the MBA has lost some of its appeal to the business world.

Several years ago I met with a good looking young man who 19 months prior to seeing me, had graduated with his MBA from one of the most prestigious MBA programs in the country.  He had sacrificed a great deal of time and money to get the degree, fully confident that there would be a selection of those $85K/yr jobs lined up for him.  However, in 19 months of heavy interviewing, he had not been offered a position of any kind at any income figure.  In working with him, it was quickly apparent that he came across as arrogant, condescending, and egotistical.  Fortunately, with the pain of no positive results, he was quite teachable and we were able to change his personal presentation quickly and get the opportunities he had been seeking.

A now famous Yale University study reported that 15% of the reason for a person’s success is due to technical skill and knowledge, and 85% of the reason originates from that person’s personal skill;  attitude, enthusiasm, self-discipline, smile, tone of voice, desire, and ambition.

This is why candidates with the best qualifications on paper frequently do not get the job.  But what an opportunity to bypass those with perhaps more experience and better credentials.  Take advantage of this insight to make yourself a top candidate.  Maximize your “human capital” and find multiple job offers – or leverage those skills into your own exciting adventure where you make money and do the work you love.