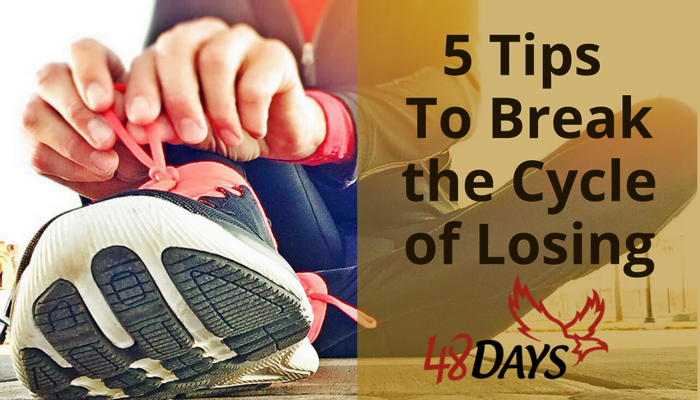 Losing a job can lead to anger, resentment, guilt and depression.  I once worked with a gentleman who lost his job and tried to reposition himself and do a job search. He quickly became discouraged after just a few days with no success.  Then he started hiding out from his wife, pretending to be doing a job search, while in reality he was going to the library to surf the Internet and read magazines.  He consoled himself in fast food and high sugar snacks and quickly added about 25 pounds.  This, in turn, made him self-conscious about his weight and … END_OF_DOCUMENT_TOKEN_TO_BE_REPLACED

Here’s a podcast listener question Hey Dan, I’m having trouble keeping jobs. I need help. Do you have any psychologists that you would recommend? My insurance runs out at the end of this month so I need to act fast. I was self employed for years but had to start working for companies to get a steady paycheck and insurance for my family.  I really need help understanding what I’m doing wrong in the workplace to keep getting laid off or fired.  Thanks, Evan There are a couple of possibilities: You need to ask your previous employers what was it that made … END_OF_DOCUMENT_TOKEN_TO_BE_REPLACED

Stanley Mason died in December of 2006 at the age of 84.  In his last 50 years he invented over 100 inventions and 55 patents include the squeezable ketchup bottle, granola bars, heated pizza boxes, heatproof plastic microwave cookware, dental floss dispensers, the underwire bra and “instant” splints and casts for broken limbs. Mason created his first invention at the age of 7: a clothespin fishing lure that he sold to his friends.  In 1949, Mason had his first major breakthrough: changing his baby boy’s diapers inspired him to invent, and later patent, the world’s first disposable, pin-free diapers that … END_OF_DOCUMENT_TOKEN_TO_BE_REPLACED

Vanderbilt University Medical Center here in Nashville has just announced its plan to cut up to 1,033 positions by the end of the year.  According to CEO Jeff Balser, Vanderbilt is faced with various financial pressures, including an aging population, lower reimbursement rates from insurance companies, a lack of Medicaid expansion and a reduction in grant funding. Terminated employees will remain on staff for 60 days, after which they will be eligible for the following options: » Paid leave during the 60-day notification period; » Separation pay based on years of Vanderbilt service, paid out at the current base pay … END_OF_DOCUMENT_TOKEN_TO_BE_REPLACED

Here’s an email question from a reader on – when to leave a job. Dan, I know that you and Dave Ramsey are close, and I listen to you both and notice a lot of consistencies. One thing Dave mentioned the other day was that people need to occasionally look at their possessions, like a boat, and decide if they would buy it all over again.  If the answer is ever “no”, then they should sell it. I was listening to one of your podcasts from the spring and a man was asking how to know when to move on … END_OF_DOCUMENT_TOKEN_TO_BE_REPLACED

[note color=”#FDD017″]Terry Hadaway is the author of Live Your Why (www.liveyourwhy.net) and founder of My Thinking Box (www.mythinkingbox.com). Terry is active in the 48days.net community and is an accomplished writer, gifted speaker/communicator, and adjunct university professor. You can follow him on Twitter @terryhadaway. If you’d like to guest post on this blog, check out the guidelines here.[/note] According to a recent survey, 19% of American workers are afraid of losing their jobs within the next six months. Almost 40% say they fear not being able to get another job with comparable pay and benefits. American creativity and ingenuity have been stifled by the notion that someone owes us … END_OF_DOCUMENT_TOKEN_TO_BE_REPLACED

[note color=”#FDD017″]This is a guest post by Terry Hadaway.  Terry is an educator, speaker,  creative thinker and active member of 48Days.net. His new book, What-If Thinking: Avoiding Chaos in Everyday Life, is available at www.thinkingboxpress.com. You can read his blog at www.liveyourwhy.net. If you want to guest post on this blog, check out the guidelines here.[/note] Parachutes have a specific purpose—they are designed to control the speed with which a person or object reaches solid ground. Military pilots always pack their parachutes, though they anticipate not needing them. Because life is unpredictable, we all need parachutes. Those with parachutes are better equipped to land … END_OF_DOCUMENT_TOKEN_TO_BE_REPLACED