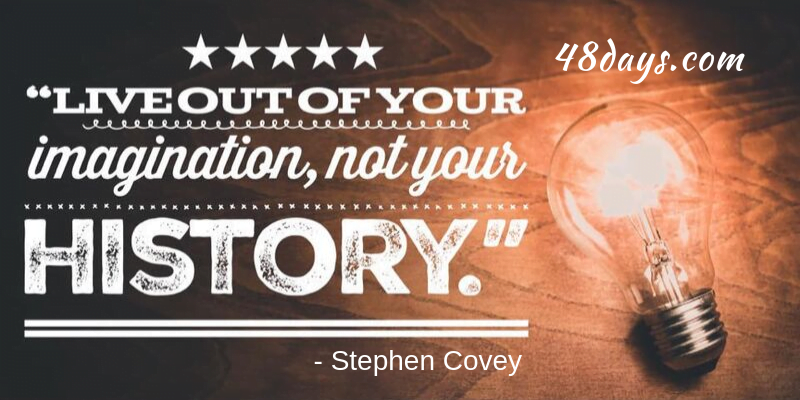 If you feel like someone has done you wrong, don’t seek revenge – listen in. How often I see people chasing the snake and seeking revenge in their own lives.  The company folds or you just simply get laid off.  The immediate reaction may include anger, resentment, bitterness, and backstabbing.  These lead to discouragement, frustration, guilt and depression.  Be aware that all of these revenge focused reactions and feelings focus on the past.  Turning around and looking to the future opens up confidence, boldness, and enthusiasm. Episode #682 September 20, 2019 Hi, this is Dan Miller – and yes you’re listening to the 48 Days … END_OF_DOCUMENT_TOKEN_TO_BE_REPLACED 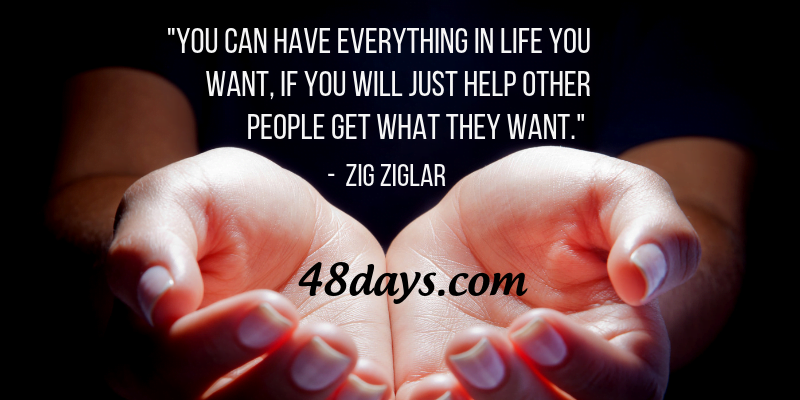 What can be worse than getting fired? A listener says he was fired unexpectedly with no severance, no outplacement services, and no advance notice. He was given a box and told to leave immediately. He’s now applied for over 150 jobs. My suggestion seems ridiculous – but will it work? Episode #631 October 12, 2018 Hi, this is Dan Miller – and yes you’re listening to the 48 Days Radio show – where each week we take 48 minutes to dive into real life questions about finding your passion, deciding what kind of life you want to live – and then finding … END_OF_DOCUMENT_TOKEN_TO_BE_REPLACED

I’m a Pastor and just got fired You might think there are still some jobs that are immune from firing, but I can’t think of any.  Last week I talked to a “tenured” professor who just got fired and pastors are being fired in droves.  Even the President is constantly under threat of hearing his own phrase, “You’re Fired.”  Your security is never in the job, but in knowing how your skills transfer to multiple organizations.  Other questions we discuss: How does one go through a career hunting process when they are very happy in their current career but are … END_OF_DOCUMENT_TOKEN_TO_BE_REPLACED 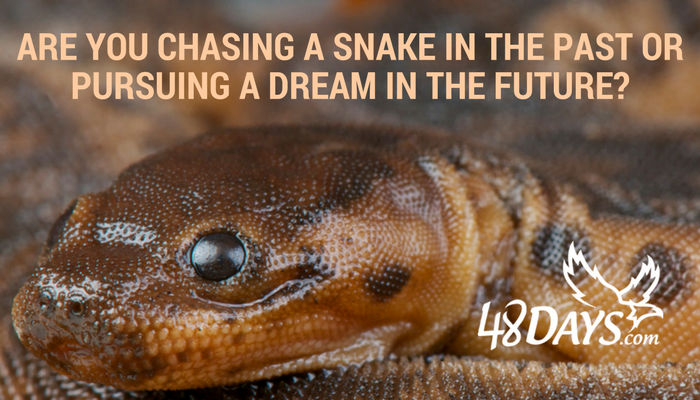 When I was 10 years old, one of my best friends was Bob Queen.  One afternoon while exploring the back acreage of our farms, a snake bit Bob. Seeing the snake slither off, my immediate response was to run after the snake, track him down and repay the scoundrel for what he had done to my friend.  Bob, however, being a much wiser hunter and outdoorsman, quickly pulled out his knife, lanced the bite, sucked the blood out and spit out the poison.  The focus for him was on his own well being, not on repaying the snake.  How often … END_OF_DOCUMENT_TOKEN_TO_BE_REPLACED

“Dan! I’m feeling like I’m in a dead-end situation, but I’m not going to move until God tells me to do so!” I received this note recently from a reader – and it represents thousands of similar notes I’ve received over the last 20 years. The writer continues, “Dan, I’m miserable, frustrated, anxious, sick, exhausted, bored, nervous, worried, concerned, restless, fearful, frightened, apprehensive, troubled, upset, angry, exasperated, incensed, infuriated, discouraged, aggravated, maddened, offended, disappointed, distressed, anguished, tormented, suffering, afflicted, suffering, persecuted” – well, you get the idea.  But he’s not going to move until God himself “tells” him to. Just … END_OF_DOCUMENT_TOKEN_TO_BE_REPLACED

Change we can count on – but that doesn’t mean opportunities are decreasing.  True, not all change is progress, but all progress does require change.  Embrace the change by positioning yourself for new options. I recently worked with a young lady who had lost her job, making in the mid 70s.  Panicked and convinced she could never find another job in that income range, she had decided she would have to start her own business.  However, after identifying her unique “areas of competence” I advised against that and encouraged her to do a creative job search.  In a short period … END_OF_DOCUMENT_TOKEN_TO_BE_REPLACED

We’ve all heard the old saying, “Give a man a fish and he eats for a day, teach a man to fish and he eats for a lifetime.”  How do you best help someone who is struggling?  If third-world natives are living in poverty, should we send them money?  Or could we teach them how to plant crops or provide a goat that will nourish their family and allow them to sell the excess milk?  If an unmarried woman has a child, should we reward her for having additional children in the way of living quarters and medical care, or … END_OF_DOCUMENT_TOKEN_TO_BE_REPLACED

Are you breathing a sigh of relief because you survived the most recent round of layoffs?  CNN reports that there seems to be much more focus on the people getting laid off than on the “survivors”, as we call them.  Marc Detampel, senior manager with Arthur Anderson, says “For those being laid off, there are severance plans, outplacement, counseling, communication, and talk about a ‘soft landing.’  But for the rest of the corporate population, the survivors, there’s almost a philosophy that says, ‘Hey, they’ll be happy just because they still have the job.” Now The Families and Work Institute reports … END_OF_DOCUMENT_TOKEN_TO_BE_REPLACED

There are two bluebird families making nests outside my window this morning.  A group of robins are getting their morning drink from our feeder.  The chickadees are moving into a newly hung birdhouse as well.  A brave groundhog just ambled from our barn to the wooded area along the fence. Yes, work needs to be done, plans need to be made, but I don’t want to miss the beauty around me today?  In 1988, I experienced a major business failure.  Our business was sold at auction, leaving us hundreds of thousands of dollars in debt.  The IRS demanded the immediate … END_OF_DOCUMENT_TOKEN_TO_BE_REPLACED

The unexpected changes happening today are causing a lot of people to think they have “failed.”  But have they really, or is that occurrence a necessary step toward success?  Is it possible to be extraordinarily great in any area of our lives without going through those inevitable “failures?”  Can a world-class golfer get to greatness without hitting a lot of balls in the lake?  Can faith be mature and strong without going through doubt and radical uncertainty?  Does a person ever find that perfect job without going through several disappointments or even firings first?  I think we need to change … END_OF_DOCUMENT_TOKEN_TO_BE_REPLACED