Quick get outta the pot 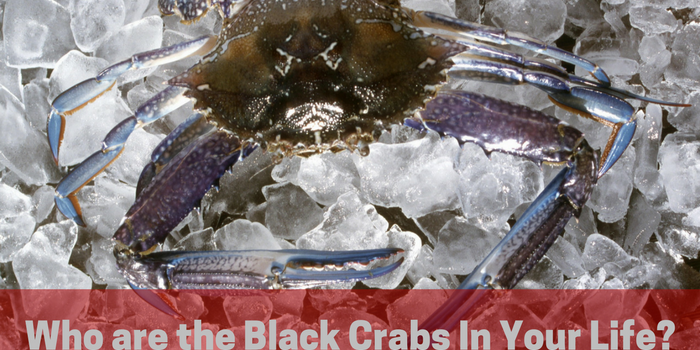 Be careful who you allow to influence your thinking and actions!

In the book Rich Dad, Poor Dad, Robert Kiyosaki tells the story of the Hawaiian Black Crabs.  If you go down to the beach early in the morning you can easily find black crabs.  You just toss them in your bucket and continue walking on the beach.  Now one of those crabs starts thinking, “We’re bumping around in this little bucket making a lot of noise but going nowhere. I don’t think this is gonna end well.”

Eventually, that crab looks up and thinks, “There’s a whole new world out there.  If I could just get my foot up over the edge, I could get out, get my freedom and explore the world in my own way.”  So he stretches up, pushes a little, and sure enough, gets one foot over the edge.  But just as he is about to tip the balance and go over the edge to freedom — a crab from the bottom of the bucket reaches up and pulls him back down.  Instead of encouraging him and seeing how they could help each other get to freedom one by one, they pull anyone attempting back down into that confining bucket where nothing but a boiling pot of water is waiting for them.  Nobody in that bucket is going to end up a winner.

Unfortunately, that’s not an uncommon picture of the world in which we live and work.

Many of us live around a bunch of Black Crabs. They are ready to ridicule any new idea we have and just as eager to pull us back down to their level of performance.  Small thinkers find it much easier to tell you why something won’t work than to help you find a solution.  People who feel trapped and are struggling at a low level of success are seldom the ones who will cheer you on to a new endeavor.  Prejudice and bigotry are rooted in the same mentality. People who somehow feel better about their own miserable existence by pulling others down.

I have found that one of the key characteristics of successful people is that they hang around people who are already performing at the level at which they want to perform.

There will always be naysayers and whiners; avoid them.  Avoid the Black Crabs around you.  Find winners and spend time with them!  Even the Bible warns us:  “Make no friendship with an angry man; and with a furious man thou shalt not go: Lest thou learn his ways, and get a snare to thy soul.” Proverbs 22:24-25  Choose carefully the people with whom you spend time.

Who are the Black Crabs in your life?  How can you avoid them or move on?