Last week I had lunch with a young guy in the banking industry.  I met Al about 10 years ago when he was just a 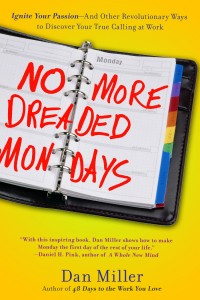 teller and hadn’t seen him since then.  Today he pulled up to the restaurant in a gorgeous new Infinity, had on a stunning suit and is now the community director of a very powerful bank.  I knew little about what had transpired for him in those last ten years – but I do know he’s in an industry that has been struggling and has a whole lot of people who have been let go.

However, it was easy to observe why this guy has excelled. Every encounter was courteous and affirming for the other person.  From the greeter to the servers to the random people walking by, each one received a great smile and a sincere “thank you” for their contribution, no matter how small or insignificant.  I didn’t have to ask about additional degrees, certifications, or inside favors to understand why his career has soared.  He doesn’t have to “game” his way to keeping his job. In fact, he told me of the constant offers he has coming his way from competitors who have seen his success. And he’s making more money than he ever dreamed of a few years ago.

He has guaranteed his position, not through manipulation or asserting his rights or having a contract, but by being a person everyone wants on their team.

That sounds strangely familiar – like it’s right out of a book written in 1937, right after the Great Depression.

*How to Win Friends and Influence People – Dale Carnegie

I have no idea if Al has a college degree.  But I know how his value would rank against most MBA graduates.

Have you guaranteed your job security?