“Set your goals ridiculously high and you will fail above everyone else’s success.” – James Cameron, Academy Award-Winning Director

I love the thought here.  If you decide you are going to run three marathons this year – and you fail by only 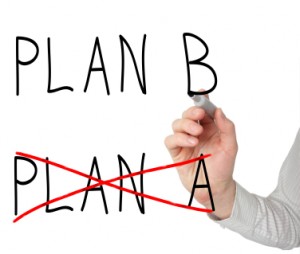 running two, you have still accomplished more than 99% of the people in the world.

Do you have a goal that is so “ridiculously high” that even if you only hit 50% of it you will still bypass everyone else?

“A life spent making mistakes is not only more honorable but more useful than a life spent in doing nothing .” — George Bernard Shaw